Rosemary’s Baby, the White Album, and the Manson Murders (2013) 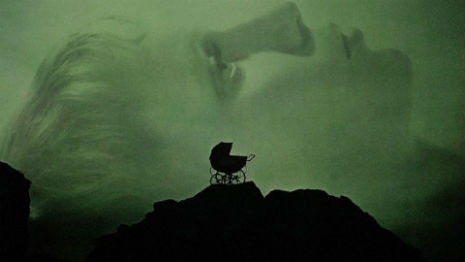 Save for the Kennedy assassination, coincidence has perhaps never coagulated with the same deeply improbable intensity as it did around the Manson killings.

Stranger still is the manner in which coincidence seems to knit the Tate/LaBianca murders together with both Rosemary’s Baby (a great film) and “the White Album” (a great record), as if all three were somehow of a piece—and in a sense that goes beyond the former’s being directed by Polanski, or the latter’s inspiring Manson’s derided “Helter Skelter” scenario.

Take, as a mere appetizer, the possibility that the Beatles may have stayed (and dropped acid) at 10050 Cielo Drive in the mid-sixties, something (apparently unwittingly) implied by John Lennon during a 1974 Rolling Stone interview.

And then, well, we just decided to take LSD again in California…We were on tour, in one of those houses, like Doris Day’s house or wherever it was we used to stay. And the three of us took it. Ringo, George and I… And a couple of the Byrds… Crosby and the other guy, who used to be the leader… McGuinn. I think they came round, I’m not sure, on a few trips.

In normal circumstances, Mother Superior could very well be accused of having jumped the gun were we to therefore conclude that the Beatles probably had sat turning their minds inside-out within the very walls that would—a few years later—have their as-yet unwritten song-titles scrawled upon them in blood (as if the killers were tracing indentations made by psychic shrapnel). Circumstances, however, are anything but normal… 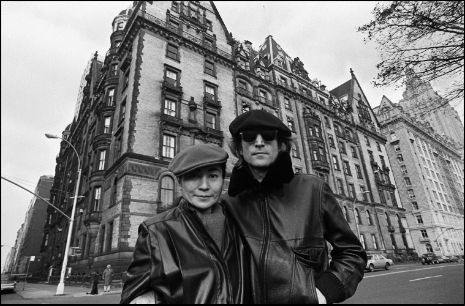 In the spring of 1968—a handful of years after those mooted sojourns at Cielo Drive—the Beatles made their pilgrimage to the Maharishi Mahesh Yogi’s Valley of the Saints in Rishikesh, part of a sparkling celebrity coterie that included Mia Farrow and Mike Love. For the next couple of months, the days were mostly spent in epic bouts of Transcendental Meditation, as the Maharishi attempted to guide the most famous men in the world—who he himself described as “angels”—towards “total consciousness.” The Beatles, though, would spend much of their spare time writing songs – particularly Lennon, who found they were veritably “pouring out.”

Many of these new tunes would find their way onto the Beatles’ next LP, “the White Album.” One such was Lennon’s “Dear Prudence,” which playfully chided Prudence Farrow, Mia Farrow’s sister, for excessive metaphysical studiousness.

Mia Farrow herself had only recently completed filming Polanski’s Rosemary’s Baby. Her exquisite performance as Rosemary—a resident of New York’s Dakota building, impregnated with an anti-Christ by a coven of neighboring witches—surely meant she arrived in the Valley of the Saints carrying some very interesting inner baggage. Certainly her stay would leave its mark on history—most chroniclers ascribing some rumored sexual impropriety (or worse) on the part of the Maharishi towards Farrow as being the principal reason for Lennon and Harrison’s (the last remaining Beatles) acrimonious departure that August. 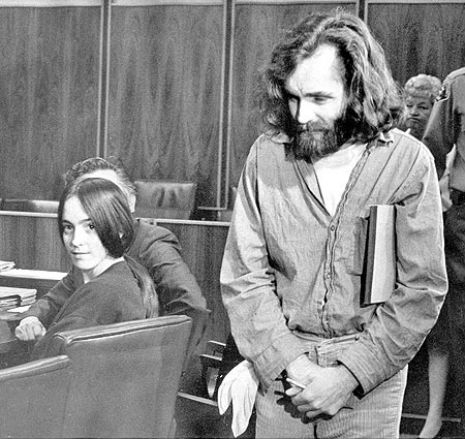 Lennon later claimed that, while packing his bags, he came up with the rudiments of another tune destined for “the White Album,” “Sexy Sadie,” four syllables that supplanted the original—and extremely libelous—“Maharishi.” The same four syllables would also find themselves supplanting the name of Manson Family Tate/LaBianca murderess Susan Atkins—known in the Family as “Sadie Mae Glutz” prior to Manson’s fateful encounter with “the White Album.” Before falling in with Manson, Atkins was an associate of Anton LaVey’s Church of Satan. LaVey is said to have served as an unaccredited technical adviser on Rosemary’s Baby.

Incidentally, Lennon and Harrison’s jaded view of the Maharishi was such that, when their protracted flight from Rishikesh was impeded by a series of disruptions—they were abandoned in a broken-down taxi, and Harrison soon thought he was coming down with dysentery— our ruffled angels feared they had been cursed by their unceremoniously discharged guru. (Echoes, here, of Bobby Beausoleil’s attempted escape from Kenneth Anger, legendarily curtailed by Anger’s magickal locket.)

Whether or not this actually happened (Charles Manson, for one, would later contradict this account, saying he first met Wilson at the house of a mutual friend’s) Wilson would definitely spend the following months as a sponsor and de facto member of the Family—footing the bill for their VD treatments (and much more besides), introducing Manson to industry figures like Neil Young and Terry Melcher, and so on.

Although Death Valley—in apparent contradistinction to the Valley of the Saints—sounded like an overtly hedonistic and nihilistic environment, Manson arguably presided over a commune no less spiritually preoccupied than the Maharishi’s, and Mike Love and Dennis Wilson seemed similarly as well as simultaneously attracted to their Ying/Yang gurus. But it appears positively miraculous that Wilson would be fraternizing with Manson while his cousin, on the other side of the world, would be fraternizing with the Beatles at the very time the songs were “pouring out” for “the White Album,” some of which would find themselves daubed on the walls at Cielo Drive in Sharon Tate’s blood, and two of which concerned Prudence and Mia Farrow, the latter having only just starred in a role once earmarked for Tate herself…

And that, as aficionados know only too well, ain’t even the half of it. (A little more to come from me on the topic though, shortly.) 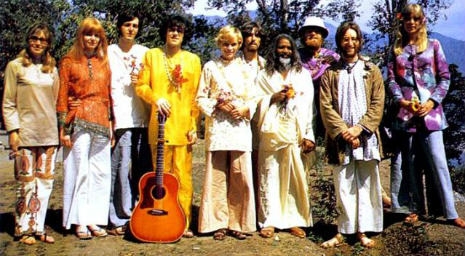 Mark Reeve’s superb essay on the Beatles and the occult is a clear predecessor to the above piece, and can be read in the Headpress collection Gathering of the Tribe